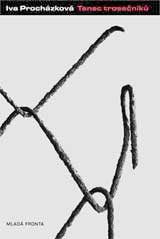 The main character of this “disquieting” prose, whose genre seems most closely to resemble dystopia, is the youngster Mojmír Demeter, a Czech gypsy. He grew up in an orphanage and is a cook’s apprentice. Mojmir has a non-gypsy friend called Egon Weis with whom he is planning to make lots of money so they can travel to the Dead Sea in order to explore “the cradle of human civilisation”. After that Mojmir and Egon are planning to open their own restaurant.

Mojmir, eighteen years old, is spending his summer in the mountains where he is taking care of his “foster grandmother” Miss Kalabova. She is seriously ill, but doesn’t want to go to hospital. She wants to die at home. She is waiting for death, which is sure to come soon, but due to her age this is not unexpected or sad. What is unexpected, however, is a disastrous event which will soon affect the whole civilisation… A pandemic, a mysterious illness called EBS which in its contagiousness is equal to the Black Death and affects only one species, Homo sapiens, spreads over the Globe. This illness causes humans to gradually “disappear” until the body vanishes completely. Mojmír is one of few people to survive it. With him also survives the young Jessica. Their relationship is like that of two castaways on a desert island. The world after the pandemic is not what it used to be – there are different rules, laws and values. Is love possible in this new world?