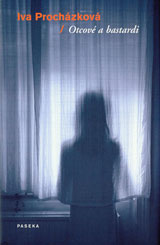 Every family has its secret.  The threads visible on the surface often do not correspond to the warp and woof beneath.  It is usually considered advisable by all concerned not to bring this hidden weave to light.  The tension from within, however, is often unbearable.

Marlen escapes from her demons behind a wall of mania, but they catch up with her in the limbo of her regularly recurring depressions.  Her acting career and her private life are in ruins – then she meets Max.  The relationship that develops between them is one of the innumerable variations on the theme of love.  But Max too has his secret…

Fathers and Bastards is a tale of the difficulty of beginning and the bitterness of ending.  Overcoming loneliness, letting others live their own lives, risking the collapse of what has been built together and knowing that in the end there will be a return to loneliness, all of this requires not only courage but also an elementary belief in the joy of life.  The daily seeking, finding, and losing interweaves the fates of the characters in this Prague novel.

“Hello,  I’ve come for Joseph,” she said.   Her pale face flashed in the dark crater of the hallway, and he could only guess at its features.   From the tone of her voice she was tired.  She spoke as if every word required considerable effort.

“He left me a note that he was here,” she continued before he could reply to what she had said.

“Why don’t you come in?” he said and took a step back.  Slowly, hesitantly, she entered, but not far enough for him to close the door.         There was a scent that wafted into the apartment with her.  It wasn’t perfume or cologne but something very personal.  Max had known for a long time that some women have a more intensive odor than others.  As if their skin had an abnormal ability to absorb the humidity in the air, the warmth of the sun, smoke, pollen, and who knows what else, and to mix these together with their sweat to create a characteristic smell which could not be described and had nothing in common with an aesthetic impression.  Even beautiful women were sometimes accompanied by a musky, obtrusive odor that no cosmetics could disguise.  The scent that Joseph’s mother carried with her was light, fleeting, with a salty touch of withheld tears.  It was the smell of the ocean, the smell of long hesitation.

“Hi. Mom,” Joseph greeted her as he came out of the kitchen.  And his voice slid immediately into an imploring tone.  “Could I stay here just a little while longer?  Just a little bit?”

From behind him a teakettle was whistling away louder and louder each second.  Max took advantage of the opportunity, went over to the stove and with one hand switched off the burner and with the other picked up his glasses from the table.  He turned around.  It was as he expected:  she wasn’t smiling.

“We’ve got to go to grandpa’s,” she said and shot a serious glance over at Joseph.  The dark circles under her eyes looked almost like a second set of eyes.  Joseph didn’t plead again.  He looked over to Max.

“Can I come tomorrow?” he asked.  Max nodded.  “Come whenever you want to,” he answered and observed that her thick eyebrows arched noticeably.  She was obviously displeased but he didn’t understand why.  And as if to spite the maternal power of hers that reminded him so much of the unlimited and indisputable authority wielded by his own mother when he was young, he added:  “I always enjoy seeing you, Joseph.”

“Take another one,” he said provocatively, as if he hadn’t noticed the disapproving expression on her face.  “In fact, why don’t you take all of them?”

The boy left the apartment cookies in hand and started down the stairs to the fourth floor.  Then something unexpected happened.  The woman didn’t follow him but pushed the apartment door closed and remained inside.  Facing Max she stood there, an unknown quantity in the middle of his cozy, well-known foyer, unpredictable, ready for anything.

There was something implacable in her stance,  like a wolf getting ready to attack.  Max couldn’t tear his eyes away from her lips, dark red, as if bloodstained.

“I’m not a pedophile,” he informed her.  He accompanied this pronouncement with a patronizing smile, but half way through he realized how pathetic this must have appeared.  She didn’t smile, she frowned.  In contrast to her, serious and even dignified in her rage, he reminded himself of some clown in a two-bit TV drama.

“I’m a translator,” he made a weak attempt to patch things up – this time without a grin.  “Joseph watches films with me sometimes and helps me find the right expressions.  But, of course, the films are all appropriate for his age group,” he added hastily.  “He’s crazy about translating… I mean, it’s like a game for him, and he really enjoys it, so why should he have to give it up?“

She shifted her gaze, and he knew that it wouldn’t be easy to smooth things over.

“I know what you think of me,” she said in a muted voice.  “That’s what everybody thinks.  I don’t care.  But don’t you dare feel sorry for Joseph.  You’ve no right to do that.”

“Everyone has the life they need,” she said.  And once again, so he‘d really get it: “Everyone.”

She reached out for the doorknob.

“I…,” began Max without really knowing what he should say.

“Yes,  and you too,” she said, making unexpected sense out of his forlorn sentence.